Satya Nadella says 2 years’ worth of digital transformation has occurred in 2 months Satya Nadella, chief executive, said the stay-at-home orders and social distancing rules had led to ‘a world of remote everything’, boosting usage of Microsoft’s platforms and services.

Microsoft shrugged off the effects of the coronavirus crisis with surprisingly strong results in the latest quarter, as a jump in cloud-related business more than offset a hit to some of its traditional software sales. The US software company reported revenue growth of 15 per cent for the period, up from the 14 per cent in three of the previous four quarters. Wall Street had expected its growth would slow to 11 per cent. “We’ve seen two years’ worth of digital transformation in two months,” said Satya Nadella, chief executive. An increase in remote working and learning, along with rising demand for critical cloud infrastructure, were behind the results, he said. 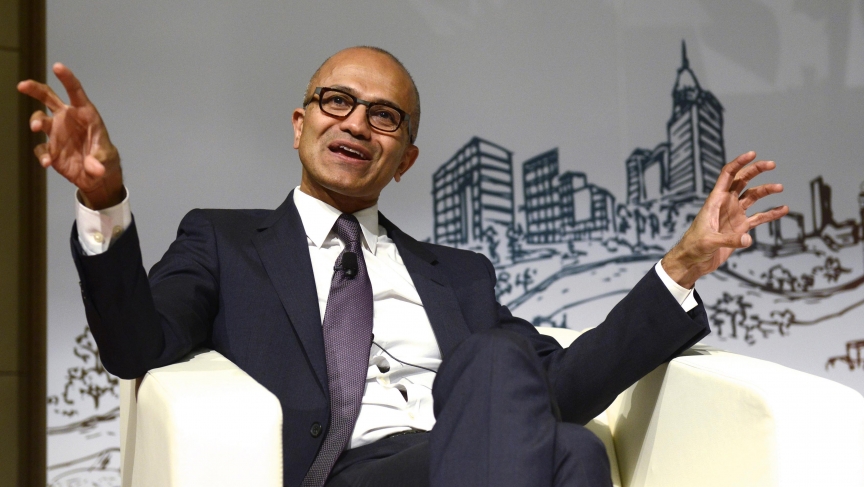 The results pushed the software company’s shares up 3 per cent in after-market trading, adding to a 4.5 per cent bounce in normal trading hours earlier in the day and leaving them only 8 per cent below their February high. Mr Nadella said the stay-at-home orders and social distancing rules that have become pervasive since the middle of last month had led to “a world of remote everything”, boosting usage of a wide range of Microsoft’s platforms and services. He predicted the current crisis would be followed by an extended “hybrid” phase in which workers did some of their work from home and some from the office, creating demand for technology to integrate the more complex operations companies would face.

A return to more normal business operations would also cement the “structural change” from the crisis as activities such as telemedicine and remote learning that got a boost from the shutdown experienced permanent shift inactivity. In the latest quarter, revenue from the commercial cloud — the most closely followed measure of Microsoft’s overall cloud operations — jumped 39 per cent to $13.3bn. Revenue at Azure, the company’s cloud computing platform, soared 59 per cent, an acceleration from the 55 per cent of the preceding three months. Microsoft had been one of the first big tech companies to warn about the effects of coronavirus, saying in February that its PC operating system division would fall short of earlier guidance. The number of new PCs sold in the first quarter dropped 12 per cent, according to tech research firm Gartner. However, company executives said the PC supply chain in China recovered faster than expected. Sales in the “more personal computing” division rose 3 per cent to $11bn, slightly above the midpoint of the company’s guidance before the crisis struck. Overall, Microsoft reported revenue of $35bn and earnings per share of $1.40, compared with $30.6bn and $1.14 the year before. Wall Street had been expecting revenue of $33.8bn and earnings per share of $1.28

3 boys fight off a python to save their pet dog!!!