Facebook Twitter Google+ LinkedIn StumbleUpon Tumblr Pinterest Reddit VKontakte Odnoklassniki Pocket WhatsApp Telegram Viber Share via Email
The most valuable sex tips for women come straight from men themselves. Sex therapists share secrets and sex advice that will strengthen your relationship and help you learn how to have better sex. Sometimes, it’s all about exploring new techniques, toys, or even mindfulness techniques during sex, to expand your comfort zone while still staying in it. Learn what men are dishing out behind that closed door and how you can use those sex tips for women to have better sex than ever.
Be Open to Trying New Things

Men like you to act more uninhibited and confident when it comes to sex, and be more open to experimenting with new things, to see if they’re pleasurable for one or both of you.

Variety is part of what keeps the spice alive in a relationship and men definitely need that. Keep in mind that your boyfriend or husband doesn’t want you to do things you don’t enjoy-but at the same time, give at least a fleeting thought to his desires (and air yours too!), and see what you’re both curious about, whether that’s new positions, locations, or costumes. Sex is about give and take. At the end of the day, the best sex happens when you are connected and truly open about your needs and desires.

Try Out Some Toys

Keep Your Head in the Game

It turns out meditation isn’t reserved for just your yoga mat-it has a place in the bedroom too. Guys want you to stay focused so everyone can have the most pleasurable experience: just like you’d bring your mind back if it strays during a meditation class, the same applies here. It’s not just about having your head and body in the same place, though it’s about being able to bring your head or thoughts back to your bodily sensations when your mind invariably wanders.

If your mind isn’t in the moment, simply invite your attention back by focusing on your breath and the touch of your partner. It is also advised to practising mindfulness in your everyday movements and activities, which can help keep you locked in mentally during sex too.

All’s Not Lost If He Loses An Erection

Men feel emasculated, ashamed, and powerless when they go soft. Men who are with women who don’t make it a big deal do a lot better than the ones who make the proverbial mountain out of a molehill. The more a guy thinks about losing his erection, the more anxious he gets trying to make it come back-and the less likely that is to happen.

Tell Him What He’s Doing Right

This is one piece of sex advice you’ll hear over and over again, regardless of your gender or your partner’s gender: Say something! Many men find it erotically charging when the woman is very affirming during sex. It doesn’t hurt that doing so will mean more enjoyable sex for you since men assume silence means you’re happy.

And when you’re not happy, don’t stay mum. A lot of guys tell that they want to know what they’re doing wrong-but then they’re pretty upset when they find out they’re not the best lover in some ways. Criticism will make a man defensive, so phrase your sex tips positively. He recommends trying something such as, “I love it when you X and Y to me. It’d make me so hot if you’d Z.”

He Wants to Boost Connection with You 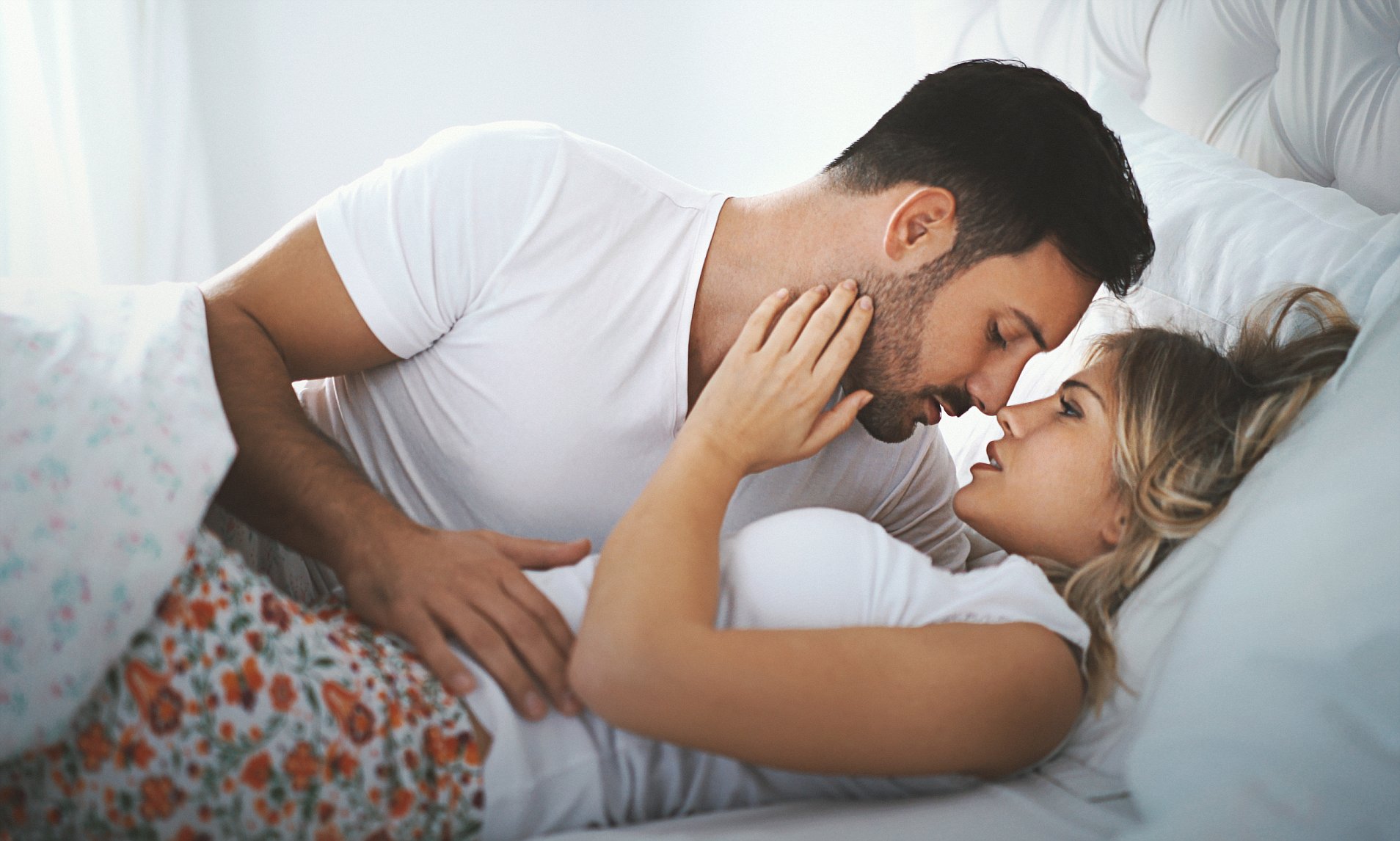 It’s a common myth that all guys want is sex, all the time (and this is true in some cases, TBH). The notion that men want sex more often than women is definitely a stereotype, but it’s a widely held belief and many heterosexual couples do experience that dynamic in their relationship. This can be exhausting when you’re not on the same page. When a woman’s partner wants more sex than her, it can be frustrating because it can feel like all he wants is sexual gratification versus emotional closeness.

However, everyone releases the same hormones when they finish, which pretty much dispels the myth. Both women and men have oxytocin (often referred to as the ‘bonding’ or ‘love hormone’) released during orgasm, so basically men and women have the same desire to cuddle and connect, especially immediately after sex.

Men don’t always appreciate this stereotype of being “animalistic” or “caveman-like” in their desires, and many of them want exactly what women do in a sexual relationship, researchers say. The men I spoke with talked about how they felt there is a misconception about how all men want is sex. When, in fact, having sex is a way for men to reach out, hold and behold, and connect with you in a way that they were socially groomed to embrace. 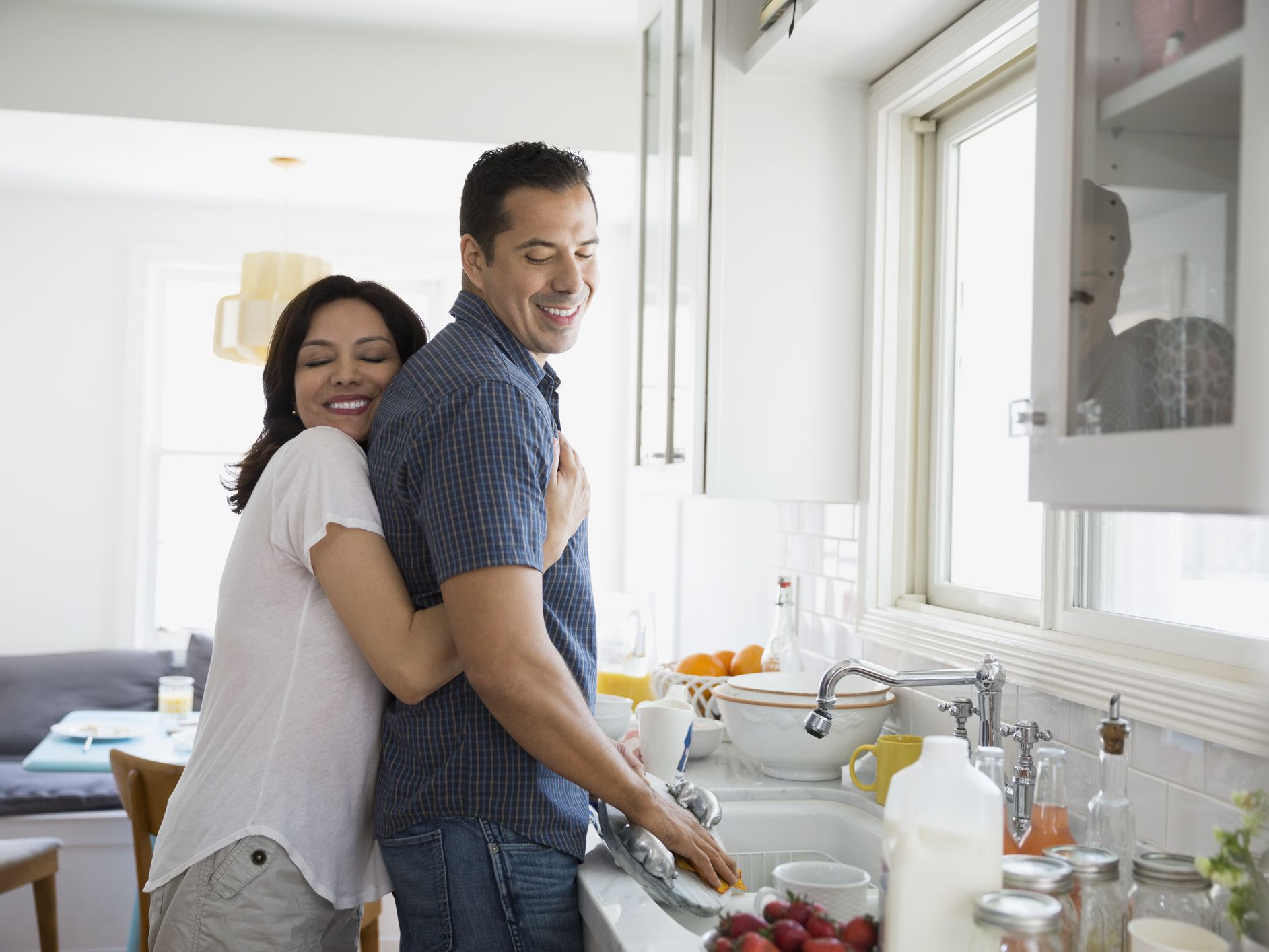 Heads up: The road to better sex isn’t always about what happens in between the sheets. For most men, making their partners happy is the number-one way that they feel masculine and empowered, so when they know they are making you feel loved and cared for, they feel like the man. And guys say a little reminder here and there that you value them helps-especially since we’re all guilty of putting in a 10-hour-plus workday and getting angry when we come home to a partner lying on the couch instead of cleaning up.

This doesn’t mean you shouldn’t let him know when something isn’t working or if you need him to step up more. But verbalizing more tokens of appreciation will make him feel like he’s doing a good job for you and in turn encourage him to step up to the plate even more. Giving five genuine appreciations a day-even for the things he’s supposed to be doing, such as taking out the trash or picking up the dry cleaning. Many relationships have been excellently turned around by these tips.

One hospital rejected and another said to undergo observation; That policeman died