Ranjini Haridas is a beloved Malayalam presenter, actor and singer.  Almost a decade and a half after entering the anchoring scene, Ranjini continues to be a member of the ‘Single Pasanga’ group of celebrities.  Many have often asked why Ranjini is not married yet

This time, Ranjini heard the question during a discussion with fans on Instagram. Ranjini’s family members are her mother and Brother Sripriyan at home. Recently, Ranjini started posting pictures with her boyfriend Sarath Pulimoodu and the marriage has come up again. Ranjini has given a direct answer to the question about marriage

Ranjini replied to a question that she did not get married because she did not want to. It was then that another person asked the question with the desire to Whether Ranjini will be her niece Ranjini gave an interesting answer to that. The question and answer are as follows 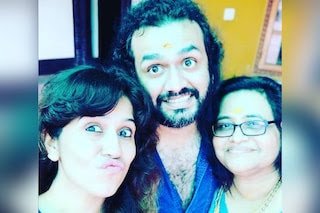 I like your brother can you be my niece, that was the question to Ranjini.In response to this, Ranjini said that I do not make decisions on my brother and you should try something from your side.

Ranjini’s parents also have two children. Occasionally Ranjini shares a post with her Brother. Ranjini’s brother’s birthday was a few days ago. Ranjini had posted a special post that day 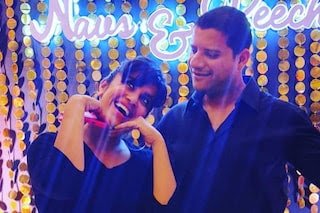 Does love that only gives pain need it?