When we hear the words black magic or negative energies, the first thing that comes to mind is something frightening, people acting strangely, their eyes turning white, their faces turning scary, an image that movies have created in front of us. However, the reality is quite different.

To begin, we must comprehend what black magic/negative energies are and how they affect our relationships with our spouse, coworkers, siblings, family members, and so on. The majority of people believe this is nonsense or a hoax. However, in reality, these energies operate invisibly, and people are unaware of what is happening to them. These energies are created through spells or rituals and are programmed to perform a specific task. Just as we feed a program into a computer in a specific way for a specific purpose, and it runs to complete a specific task.

Energies, to be more specific, are not black or white. It is only our intent that causes it to be so. When used for good, white magic is used; when used to harm others, black magic is used. For example, if a spell or ritual is cast to end a relationship between X and Y, the energies will work in such a way that X and Y’s minds will be changed and they will turn against each other. Let’s look at some more examples to help us understand what we’re talking about.

I was working with a Boy who didn’t have any friends. His parents were very concerned because he never wanted to make friends, go out, or talk to people who came to his house. The youngster was always locked in his room. When we dug deeper into the matter, I discovered that black magic was performed on him in order for him to remain isolated from society and never socialise, despite the fact that socialization is the key to success. After the energies were removed, the boy gradually began to socialize.

Another interesting fact that I’d like to share is that impotency is not always medically caused; it can also be caused by black magic. I dealt with a case in which a husband complained about an erection problem only when he was with his wife; otherwise, he was fine. Working with them, I discovered that he was sexually blocked, causing the marriage between wife and husband to be strained. However, once their energy was removed, they returned to normal life.

These are only a few examples. If you notice anything out of the ordinary in your relationship, whether at home or at work, don’t dismiss it. Anything could be the reason. If you believe this, you should consult an expert as soon as possible.

Since July, Whatsapp has banned 93 lakh Indian accounts; here's why. 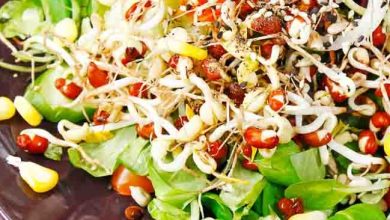