Filmmaker and producer Karan Johar has announced he is getting back to direction after 5 years. He has now acquired the rights to a romantic Malayalam movie, Hridayam. The film will be remade in Hindi, Tamil and Telugu. Just a while ago, Karan Johar took to his official Twitter handle to share the good news. Both Dharma Productions and Fox Star Studios have acquired the rights of Hridayam. While sharing the announcement on Twitter, the filmmaker extended gratitude to Visakh Subramaniam and Merryland films. 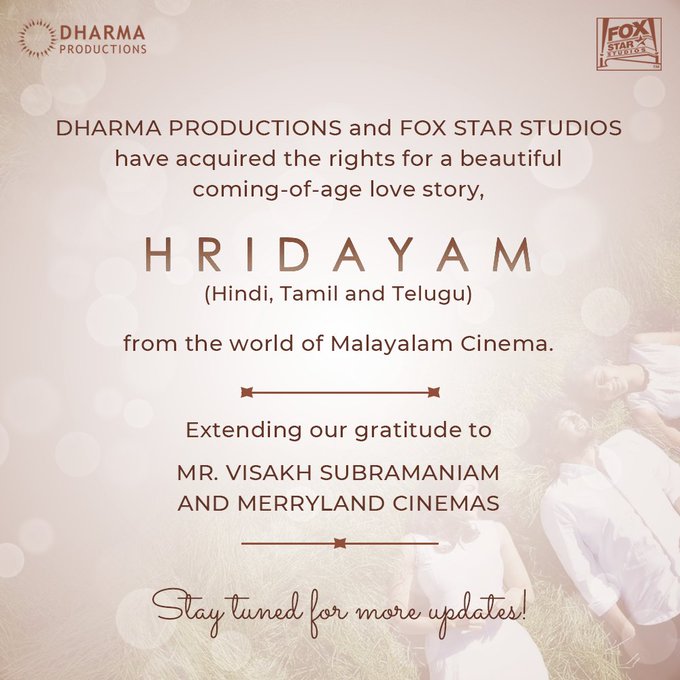 Car-bike accident amid stunts displayed on farewell by plus two students; License cancelled