Moto-Razr to be enlivened as a foldable smartphone. Some software features of the upcoming smartphone is leaked online. It will have it’s secondary display which can be used to scroll content when the device is in the unfolded state. In addition to that Motorola will allow only a small set of  pre-installed apps to function properly on the secondary display. 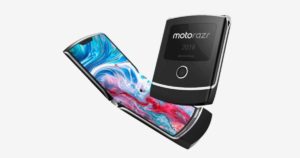 As per a report by XDA Developers, the upcoming foldable smartphone, whose development has already been confirmed by Motorola, will not offer the same full Android experience that can be had on the likes of the Samsung Galaxy Fold.

The secondary display will function in such a way which can be accessed when the device is folded or in the flip state. Motorola will restrict the users to interact with apps like Moto Display, Moto Actions, and the Moto Camera. This concept is developed to ensure proper functioning of the device.

But the secondary display could also act as a trackpad, which allows it’s users to  scroll through web pages on Chrome along with sifting through the Recents screen. In addition to that, the display will show a maximum of six quick settings that will appear in the form of tiles. 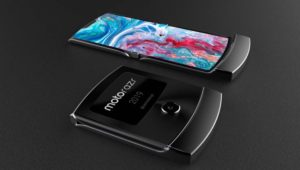 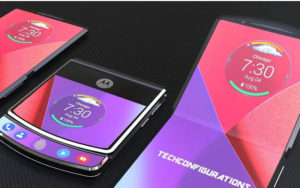 Motorola may also introduce a neat feature that will allow users to set different wallpapers for the main screen and the secondary display. The company is reportedly testing features such as allowing the Moto Display app to show pulsing notifications, a clock as well as a tool to control media from the secondary display.

This information  is not official. All these can be taken as speculations besides the confirmed features. We have to wait and see whether the gadget will have all these specifications or whether it will be much beyond these speculated features.