Rahul Gandhi’s statement on Tom Vadakkan’s exit from Congress is flowing over the social media.

When asked about what effect Vadakkan’s leaving the Congress would have on the party, Rahul Gandhi said, “Vadakkan? No, no Vadakkan is not a big leader.”

Rahul Gandhi downplayed Vadakkan’s leaving the party and sought to bring focus on the three issues that the party has been attacking the BJP and PM Modi on.

“The biggest issue is unemployment. Narendra Modi fail. The second big issue is that of corruption. You must have heard of Rafale. And the third issue is of farmers,” Rahul Gandhi said.

Vadakkan had joined the BJP on Thursday . It was quiet an unexpected action. At the media briefing announcing his move to the BJP, Vadakkan, who had spent two decades with the party’s media department, criticized the Congress party’s response to the air strikes India had launched on Balakot in Pakistan, in the aftermath of the February 14 Pulwama terror attack, which killed 40 Central Reserve Police Force (CRPF) jawans.

“I left the party with a heavy heart. If a party is working against national interest, there is no other option but to leave it,” Vadakkan told reporters.

Vadakkan said he gave the Congress two decades of his life but the party has now resorted to the practice of “use and throw”.

Dynastic politics has reached its zenith in the Congress, he said, adding that he believed in Prime Minister Narendra Modi’s development narrative.

There is speculation that the BJP will field Vadakkan from Thrissur in Kerala, currently held by the Communist Party of India.

Commenting on Vadakkan’s remarks, Congress’ chief spokesperson Randeep Singh Surjewala said, “Anybody who leaves a party to join another party has to make certain comments. The way he used to abuse [PM Narendra] Modi and Amit Shah, I want to know what their opinions are on it.” 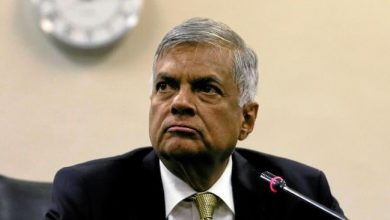 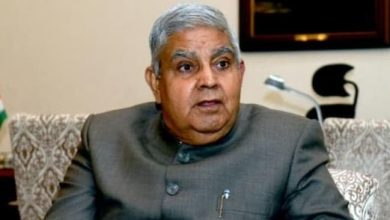