Sourav Ganguly and Ricky Ponting- the names which defined an era of international cricket have joined together as Advisor and Coach for Delhi Capitals. Dada has already joined the team for practice sessions .

On being chosen as the advisor, the former captain said as “I am very pleased to come on board with the Delhi Capitals.Having known the Jindals and the JSW Group for years, I am now excited to be a part of their latest sports venture. I am really looking forward to working with the players and the support staff.” 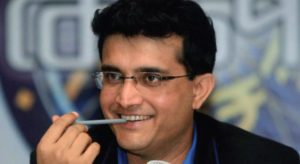 Delhi Capitals chairman Parth Jindal was also all praise for the Bengal Tiger and he hoped that his guidance would provide the push that the franchise needs to reach their first IPL final.

“Sourav is one of the most astute minds in world cricket. A lot of what we see in Indian cricket today was born because of Sourav. His aggression, positivity and never say die attitude are traits we want the Delhi Capitals team to imbibe. It is truly an honour that Sourav has chosen Delhi as his IPL team,” said Jindal.

“I have no doubt that our team will benefit immensely from his experience, guidance and advice. Sourav has been like family to me and I am deeply humbled to have him as an advisor,” said Delhi Capitals chairman Parth Jindal.

On associating with the old on field rival, Ricky Ponting says that “Sourav and I have always got along really well. He is pretty close to us now as an advisor. He was with us for the first practice session and will be travelling along with the team too. His knowledge and experience around our team will be a really good thing for us. I am looking forward to working with him,”. 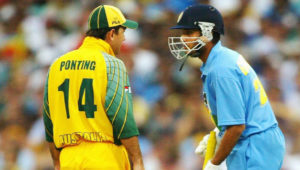 They have played together for Kolkata Knight Riders in the first ever edition of IPL.

Delhi will play their first match in the IPL on March 24 when they take on three-time champions Mumbai Indians at the Wankhede Stadium. Delhi have brought back Shikhar Dhawan to the team while spending big on Colin Ingram, Axar Patel and Hanuma Vihari in the auctions.

Indian rupee maintains it's strong run in the market. Sensex and Nifty are also going up

The corporate edition of Skoda Octavia has launched in India