Indian Air Force wing commander Vijay Karnik’s  life to be made in the silver screen. The film is titled ‘Bhuj The Pride of India’. Ajay Devgan will essay the role of Karnik. It will be directed and written by Abhishek Dudhaiya, the film is based on real life events during Indo-Pak war of 1971.

Vijay Karnik was in-charge of the Bhuj airbase during the war, which remained operational despite facing heavy bombing from Pakistan. He was accompanied by 50 air force and 60 defence security corps personnel at the airbase.

Karnik and his team reconstructed the destroyed Indian Air Force airstrip at Bhuj in Gujarat with the help of local women. He convinced 300 women from a nearby village to rebuild the airstrip so that a flight carrying Indian Army officers could land safely.

The film will be produced by Bhushan Kumar, he has shared the news on Twitter and wrote, “Collaborating with @ajaydevgn once again, for #BhujThePrideOfIndia, based on Squadron Leader Vijay Karnik. The film will be directed by #AbhishekDudhaiya @TSeries #KrishanKumar #SelectMediaHoldingsLLP #[email protected]”

This will be the first time Ajay Devgan will play an Indian Air Force officer. 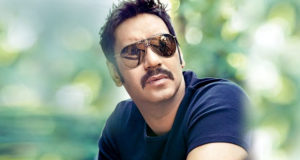 Vijay has expressed his pleasure of having Ajay Devgan on board to play him on screen.  , “We were fighting a war and if there had been any casualties of any of these women, it would have been a great loss. But I took the decision and it worked out. I had briefed them where they could take shelter if attacked and they followed it bravely. Also, I could only see Ajay Devgn essaying my character and I’m glad that he’s on board.”

Ajay Devgan Who was last seen in ‘Total Dhamaal’ which was a huge hit in the box office, is waiting for the release of ‘De De Pyaar De’ which also stars Tabu and Rakul Preet Singh. 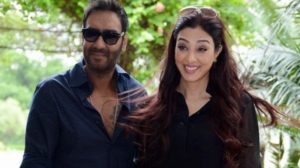 1st Pre University Course Result of Karnataka 2019 is out : Checkout the results here

Deepika and Ranbir : The most talked Ex Couple of B'wood is seen together again