Sara Ali Khan and Kartik Aaryan went out on a candle-lit dinner date recently. The actors are in Delhi, where they recently announced the conclusion of the first filming schedule of their upcoming film, directed by Imtiaz Ali.

These two names began to trend together as Sara had said on an episode of Koffee with Karan that she’d like to go out on a date with Kartik. She was asked about the comment on several interviews. Her father, who was her co-guest on the episode, had jokingly said that Kartik could have her if he has money. “Has he got money? If he has money he can take her,” Saif had said.

Kartik reacted to Sara’s comments and said, “I can just say that I am ready for a coffee date. Sara just needs to tell me the time and place.” 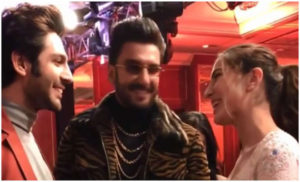 The two were introduced to each other on camera at the recent Lokmat Awards by Sara’s Simmba co-star, Ranveer Singh. Playing cupid, the actor even got them to hold hands, and with a cheeky smile, said, “Glad, you guys have met.” Kartik later told Aaj Tak that he’d first met Sara at a party, where dad Saif was also present.

Now the two are cast in Imtiaz’s film, said to be a sequel to his 2009 romantic drama, Love Aaj Kal, which incidentally starred Saif. 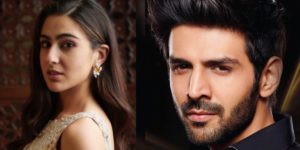 Sara had spoken about wanting to go out on a date with Kartik that her mother, Amrita Singh had to step in. She told in an interview, “I have said it everywhere. Itna bhi desparate nahi (I’m not that desperate). Mom said you must wait. So, I am waiting!”

So let’s wait to see their onscreen chemistry in their upcoming film.