Bollywood actor Urmila Matondkar has joined the Congress a few days ago. Now she is fielded by the party from the Mumbai North Lok Sabha constituency, a BJP stronghold.

Urmila Matondkar has her signature in the film industry. She has appeared in popular Hindi films like “Rangeela” and “Satya” and in the critically-acclaimed “Masoom” as a child artiste, will make her electoral debut with the April 29 poll in that constituency. 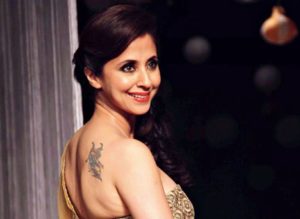 She is contesting against BJP MP Gopal Shetty, who defeated former Mumbai Congress chief Sanjay Nirupam with in the 2014 Lok Sabha poll.

Congress party had fielded Bollywood actor Govinda from the Mumbai North seat, and it was a successful attempt.

The sources in the party says that they were looking for a known face to take on Gopal Shetty, perceived as a strong candidate till Urmila confirms her willingness

“Some celebrities recently got associated with the party. Matondkar happens to be the most popular name among them,” the source said.

The Congress has shared the Mumbai North East seat with its grand alliance partner, the  Nationalist Congress Party.

All the Lok Sabha seats in Mumbai will go to polls on April 29.

A Bengal family got burnt to death at home : Cause of fire has not identified yet

The dormant Right To Information clause is active now for RRB