The 2019 Bajaj Dominar 400 has been officially launched in India. It is priced at ₹ 1.74 lakh (ex-showroom, Delhi) and deliveries too have begun for the comprehensively updated motorcycle.

The 2019 Dominar 400 gets a host of upgrades including a sophisticated suspension set-up, more power and more features than its predecessor, adding further to its touring credentials. 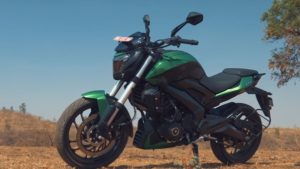 The motor now gets a DOHC set-up and churns out 39 bhp, 4 bhp more than the older version while peak torque remains the same at 35 Nm.

The bike also gets new 43 mm USD front forks replacing the telescopic units that add to the beefy appearance of the motorcycle, while adding to the improved ride quality.

Mr. Sarang Kanade, President – Motorcycles, Bajaj Auto has commented on the Dominar 2019 upgrade as “Dominar 400 has been able to create a strong following for itself and has become the preferred choice for city riders and long distance tourers, alike. Customers have pushed the bike intoextreme long distance and challenging geographies with aplomb, which inspired us to strengthen the sports tourer credentials in the new Dominar.” 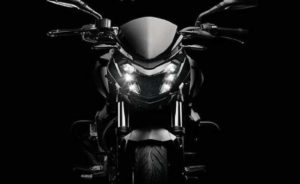 The bike has revised internals for the LED headlamp, and the exhaust has been replaced with the double barrel unit that also makes for a throaty more with heavy bass.

Along with that the 2019 Bajaj Dominar 400 gets a new LCD split screen console with the tank-based secondary screen packing more information including gear position, trip information and more.

The new Dominar 400 is now available in two new colours – Aurora Green and Vine Black, and is offered only in the ABS variant.

There are bungee straps tucked under the pillion seat that helps secure gear over long distances, and there are new tankpad decals.

Big discounts for iPhone XR from tomorrow : It's a limited period offer