Eleven Chinese were among 13 suspects remanded in custody by a Lahore court on Thursday for a probe into a transnational gang allegedly involved in forced prostitution of Pakistani girls and running an organ trade racket.

Judicial Magistrate Amir Raza directed the Federal Investigation Agency (FIA) officials to complete the probe within two days and produce the suspects in court on May 11.

Over 20 Chinese nationals have been arrested from various Pakistani cities for their alleged involvement in arranging fake marriages of Pakistani women and removing their organs and forcing them into prostitution.

According to the FIA, the suspected ring involves large sums of money changing hands for the contracting of fake marriages between vulnerable Pakistani women and Chinese men.

The women are allegedly trafficked into prostitution in China, the Dawn newspaper reported.

A woman from Lahore was married off to a Chinese national after her father was approached by an ‘agent’ claiming to run a marriage bureau.

Three to four days after marrying the woman, Chinese man Chan Yen Ming took her to China, the FIA said, adding that some time later, the woman called her family to tell them that they had been conned.

She told her family that Ming was trying to force her into prostitution and had physically abused her upon her refusal, the FIA said in a statement.

She also said that some people in China were running a business of luring Pakistani women into China to force them into prostitution, and that the suspects were also running an organ trade racket, the report said, quoting FIA statement.

The woman informed the FIA. Using her tip off, it conducted a raid and arrested at least eight Chinese individuals and two Pakistanis, and recovered the eight Chinese and three Pakistani passports.

The FIA later arrested three more Chinese nationals who, according to the agency, were connecting potential grooms with local agents, who were responsible for engaging possible victims. The three were arrested in different raids from the surrounding areas of Lahore, the statement said.

Separately, Mandi Bahauddin police on Wednesday took four individuals, including a Chinese national, into custody in a similar case. The police arrested them before handing the suspects over to the FIA.

The agency has been conducting raids to recover the remaining four women who were allegedly married off to Chinese men.

Hundreds of Chinese have come to live in Pakistan in connection with various development work undertaken by the Chinese companies under the China-Pakistan Economin Corridor (CPEC) According to the local media reports, poor Christian girls are lured with money and promises of a ‘good life’ by the illegal matchmaking centres to marry Chinese men who are either visiting or working in Pakistan.

These centres produce fake documents of Chinese men showing them either as Christians or Muslims. Most of the girls reportedly became victims of human trafficking and were forced into prostitution, the reports said.

The Doctor-Prime Minister of Bhutan : A person worth admiring 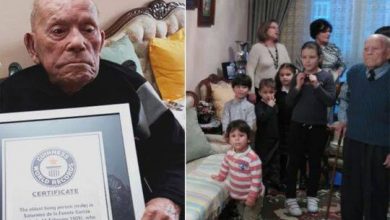