Kollam: Uthra’s death in Anchal, Kerala, has confirmed as murder by her husband Sooraj, confessed to police that he twice made the snake to bite her. The murder was reportedly for financial gain. Uthra (25) is the daughter of Vijayasena and Manimekala.

On the night of March 2, Uthra was first bitten by a snake at the house of Sooraj in Adoor. A snake belonging to a viper has bitten her. Then again on May 7, she was bitten by a snake at the family home while she was under treatment. On arrival at Anchal’s private hospital, they found a snake bite on her left hand. Cobra was the snake that bitten her second time. Sooraj was with Uthra in both incidents.

Sooraj had collected 92 sovereigns of gold kept in bank locker in Adoor on March 2, when she was first bitten by the snake.

Parents and relatives were sceptical of Uthra’s death.  She used to sleep in a fully closed, airconditioned room. The main suspicion was how the snake got into the room. 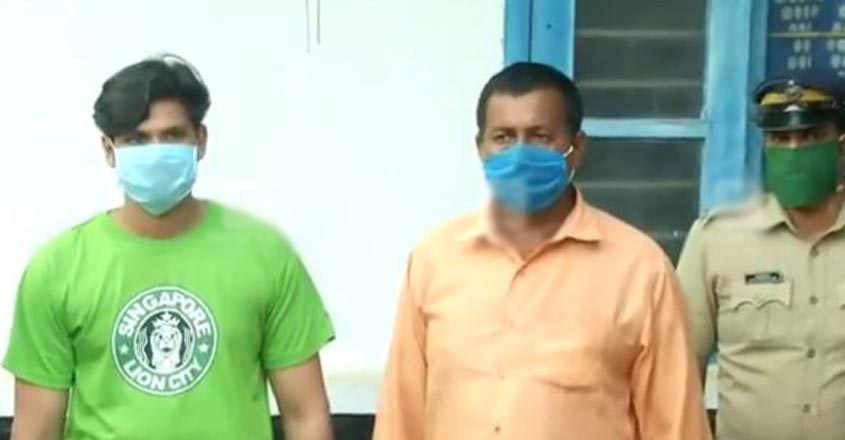 Uthra’s parents have complained Rural SP. Harishankar about the same. In Police investigation, it was then found that Sooraj reportedly bought a viper on February 26 from Suresh, a snake-handler. He kept it in a plastic bottle at his home and released it on Uthra on March 2. Sooraj allegedly tried to delay taking her to hospital after she was bitten on the day.

On April 24, Sooraj purchased a cobra from Suresh for Rs 5000. He carried it to Uthra’s house in a plastic container inside a bag on May 6. At around 2:30 am on May 7, Sooraj opened the bottle and threw the snake on to Uthra’s feet. After ensuring that it bit her, Sooraj chased it away to a corner. He stayed up till morning to ensure that the snake was not coming back. In the morning, he alerted the rest of the family about the snakebite. The snake was found and killed by their neighbours in a subsequent search.

Sooraj, Suresh and another relative, who knows all the plans also were taken into custody on Sunday after a probe led by Crime Branch DySP D Asokan. Suresh was allegedly aware of Sooraj’s intentions.

Sooraj, who first denied the allegations, confessed to the crime on Sunday after rigorous questioning. His arrest was recorded on Sunday afternoon and he will be produced before the court on Monday.

Weekly Horoscope (Sept 26 to Oct 2): read about your zodiac signs