Google Pay, the UPI-based payments app, has added train tickets booking support in India. Powered by Indian Railway Catering and Tourism Corporation (IRCTC), the train ticket bookings started popping up for some users over the last few days but is now rolling out to all.

The IRCTC ticket booking support in Google Pay will allow the users to search, book, and cancel train tickets in the app itself. The app users will be also be able to check seat availability, journey duration, and travel times in Google Pay.

To access the ticket booking feature, the users will need an IRCTC account, but they will not be charged anything extra for booking tickets via Google Pay. The implementation seems to be similar to what the likes of Paytm and Cleartrip offer.

“The train ticket booking feature addresses an important need for Indian users, right within the app and is another step to making the lives of our users easier and more convenient with Google Pay,” said Ambarish Kenghe, Director, Product Management, Google Pay, in a statement. 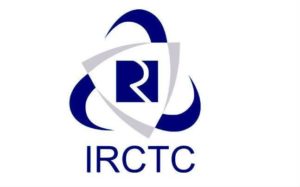 Google says the feature will be available to both Android and iOS users in the country and can be accessed by tapping on the Trains chat head in the app, which can be found under Businesses section.

Originally launched in September 2017 in the country as Tez, Google Pay has seen great adoption in the country. Unlike other markets, where Google Pay uses debit and credit cards for payment, the app is powered by the home-grown United Payments Interface (UPI) and offers a number of features, including bill payments, peer-to-peer payments, recharges, online payments, and more.

“UPI payments are fast gathering momentum in India as consumers become increasingly comfortable with the concept of bank-to-bank transfers. Two out of every three transactions on Google Pay come from 300,000 of India’s towns and villages, well beyond India’s largest metros,” Kenghe added.

Moto G7 : The mid-ranged device with a premium smartphone experience to launch in India soon