Ousmane Bah. an 18-year-old from New York sues Apple for $1 billion, claims that a facial recognition system at its stores falsely connected him to a series of thefts.

He was arrested at his home in November, alleges that the warrant he was served included a photo of someone else. The lawsuit also claims that a detective with the New York Police Department concluded that the thief caught by a store surveillance camera “looked nothing like” Bah.

Ousmane said his interim learner’s permit, which does not have a photo, had been either lost or stolen. His attorney told The Washington Post that the permit may have been presented as identification at an Apple store, erroneously connecting Bah’s name with the thief’s face in the company’s security system. That means every time the perpetrator walked into an Apple store, his face would register as Bah, the attorney said.

He had been charged in multiple jurisdictions, including Delaware, Massachusetts, New Jersey and New York, according to the lawsuit. Three of the cases have been dropped, the suit said, but the one in New Jersey is still pending. A New York Police Department spokeswoman told The Post that the case there has been sealed and that she cannot provide information about it.

As for the Massachusetts case, lawsuit said, Bah had never set foot in Boston before his arraignment. He even claimed to have an ironclad alibi: He was attending his senior prom in Manhattan on the day the Boston store was hit.

The lawsuit alleged that Bah “was forced to respond to multiple false allegations which led to severe stress and hardship in his life, and also significant damage to his positive reputation that he had put so much effort into upholding.”

The suit seeks damages of $1 billion, a declaration that Apple “wrongfully and baselessly damaged” Bah’s reputation, and a court order compelling Apple to “address the mistake in the stored data” that links Bah’s identifying information to the company’s facial recognition technology.

The lawsuit was filed in the U.S. District Court for the Southern District of New York.

Women's T20 Challenge to be held between May 6 to 11 : Announces BCCI

Fake visa syndicate arrested in Delhi : One of the accused is yet to be caught 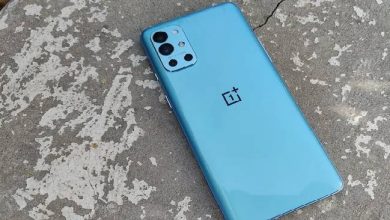